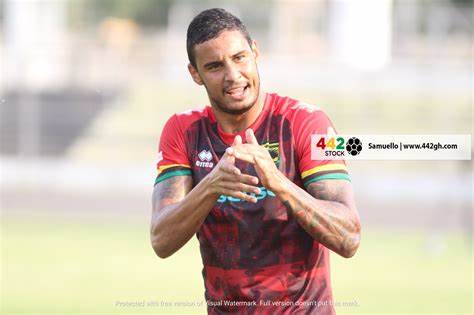 The Brazilian import joined the Porcupine Warriors during the second transfer window in a two and half year contract but his stay at the club has been aborted.

A statement released by Mr. David Obeng Nyarko, Ag. Communications Manager of the club read: “The Brazilian forward who scored twice in 75mins of action requested for three months leave without pay to help address some personal and family issues in Brazil.

“These issues have prevented him from giving his very best to the club and he is unhappy about the situation. Management however thought it wise to mutually terminate and help him focus on the pressing issues.”

The statement wished the Brazilian forward the best in his future endeavours.