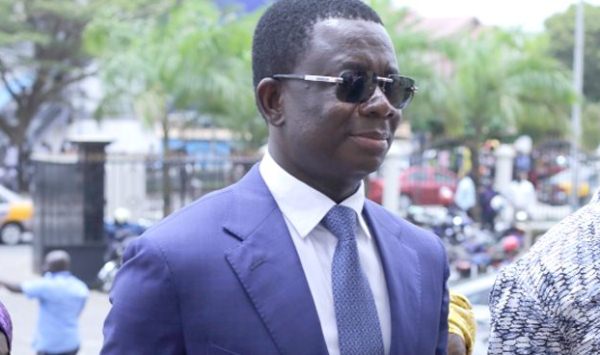 The Supreme Court in July 2021 by a 3-2 majority decision presided over by Justice Jones Dotse ruled that Justice Clemence Honyenuga should step aside from the case.

This was after lawyers for Dr. Opuni petitioned Chief Justice, Kwasi Anin-Yeboah and filed a suit at the Supreme Court, having been dissatisfied with Justice Honyenuga presiding over the case because according to them, he had prejudged and determined the guilt of Dr. Opuni.

Due to the removal of Justice Honyenuga, the Chief Justice had to assign a new judge for the 4-year-old case for the legal process to continue. However, in a review application, the Attorney General is asking the apex court to set aside its decision so that Justice Honyenuga can resume as the trial Judge.

Mr Yeboah Dame argues that the Supreme Court committed a fundamental error in prohibiting the trial judge, who only performed his duty as required by law, to evaluate the evidence adduced by the prosecution to determine whether a prima facie case had been made against the respondent.

According to the AG, relieving Justice Honyenuga of his duty will not be fair because an entirely new Judge will not be abreast of the full facts of the trial.

He, therefore, averred, “that justice and fairness require that the Court ‘s decision be reviewed.”

‘Year of Return’ boosted Ghana’s reputation globally; time to get other things right