The bird strike that grounded a KLM flight at the Kotoka International Airport scheduled for Amsterdam affected an area close to the aircraft’s windshield, not the engine as previously reported.

According to the Ghana Airport Company Limited (GACL), the aircraft was subsequently towed to the parking bay after the Friday evening incident.

Passengers then disembarked and were transported to various hotels around the airport.

“The airline has commenced processes to get passengers back to their final destinations as soon as possible,” a statement from GACL said.

The incident prompted personnel of the Rescue and Fire Fighting Service at the airport to respond to the situation with emergency fire cover.

Investigations into the cause of the bird strike have commenced, it added.

A bird strike involves a collision between a bird and an aircraft that is in flight, take off or landing roll.

GACL further assured that it has a robust Wildlife Management System in place and “remains committed to the highest safety standards at the airport.” 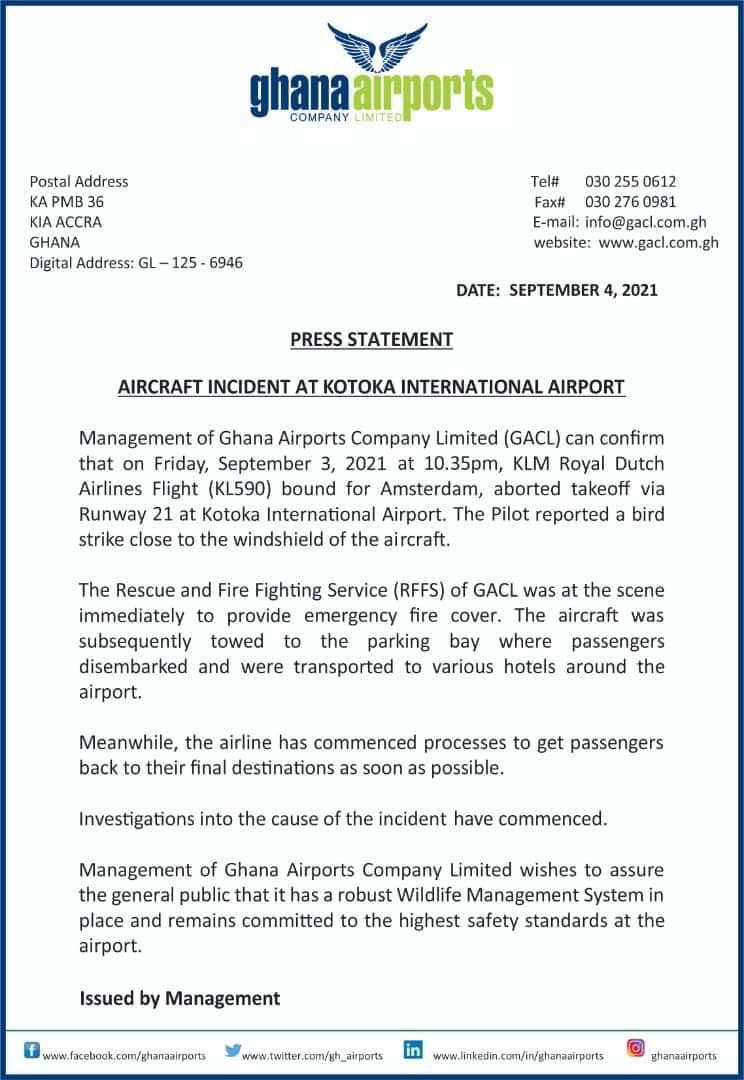