The Bank of Ghana has won an international arbitration of $478million against Sibton Switch Limited.

The case at the London International Court of Arbitration (LCIA) also saw Sibton Switch being ordered to make a substantial payment to the Bank in respect of its legal fees and costs of the arbitration.

According to a Bank of Ghana statement, its Governor, Dr. Ernest Addison, said he was pleased with the favourable outcome for the Bank in these proceedings, and for the billions of Ghana Cedis saved.

Sibton Switch took Ghana’s Central Bank to the court in relation to the termination of the Master Agreement for the Ghana Retail Payment Systems Infrastructure in 2017 by the bank.

Sibton Switch Systems was earlier awarded a contract to enhance interoperability in mobile money transactions across telecom networks by the Bank of Ghana at the cost of GHS 4.6 billion.

The company defended the amount insisting that it was value for money.

But following public uproar, the contract was abrogated and handed over to the Ghana Interbank Payment and Settlement Systems (GhIPSS) at a drastically reduced cost.

In reviewing the contract, the Bank of Ghana reached the conclusion that “Sibton had neither acquired the licence nor fulfilled the condition precedent for the effectiveness of the rights and obligations of the parties.”

The central bank also noted that the tender price of Sibton Switch was 33 times more expensive than the next most expensive bid.

The mobile money interoperability platform was subsequently launched in May 2018. 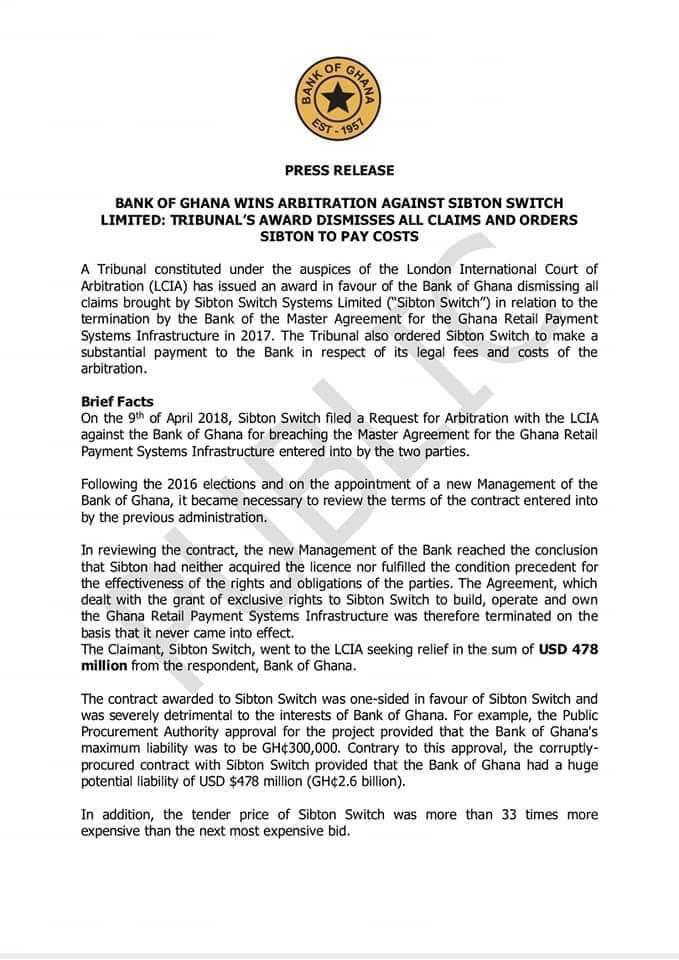 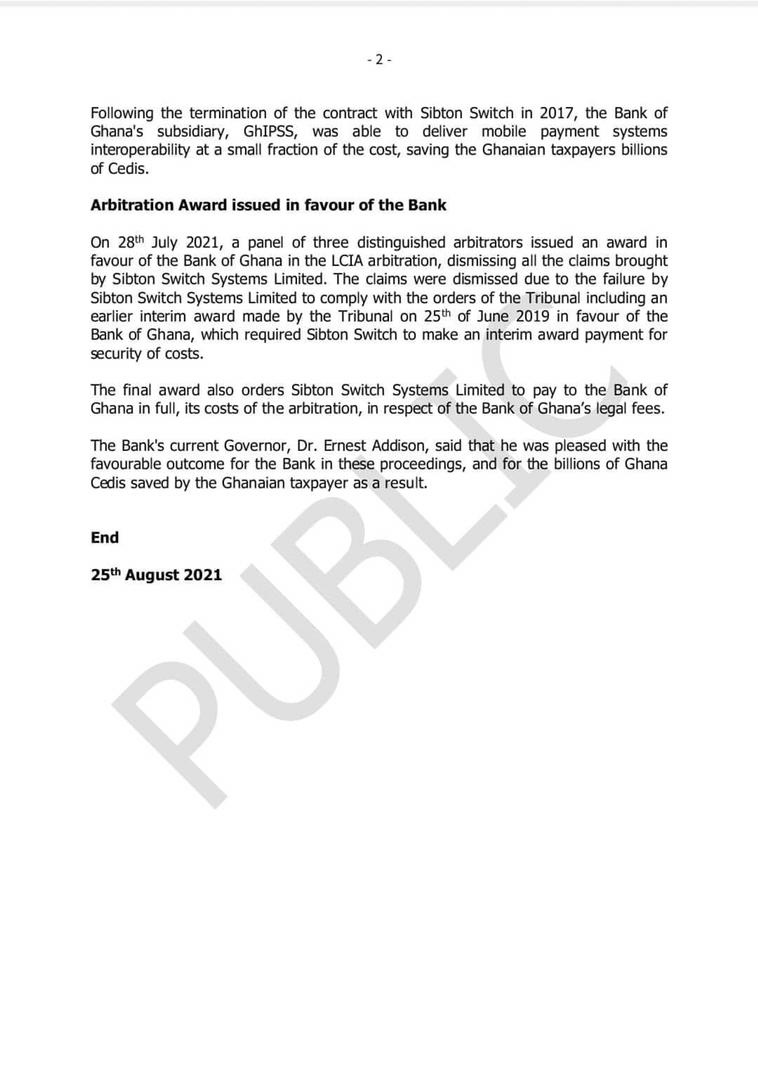