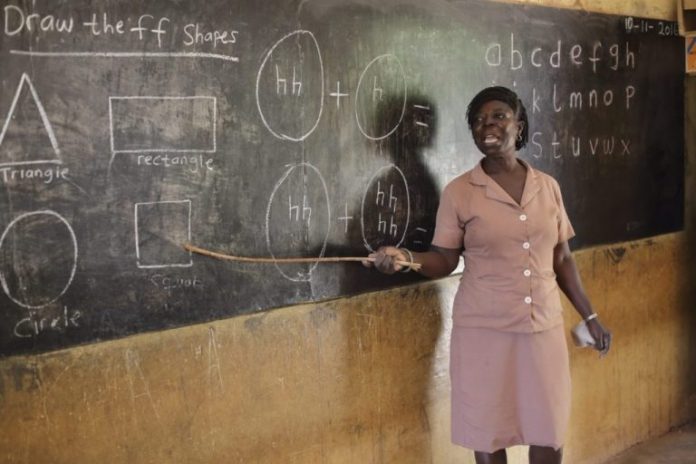 The Coalition of Concerned Teachers (CCT), is calling on Government to as a matter of urgency, increase the base salary of teachers.

Addressing the Media, the Bono and Ahafo Regional Chairman of the Coalition, William Owusu Acheaw, lamented the recent increment of four to seven percent in their salaries, as woefully inadequate to cover their expenditure.

He said the difficult living conditions of teachers have been exacerbated by increases in taxes and utilities, making life unbearable for them.

The Press Conference was to draw attention of government and other relevant stakeholders to nagging issues of concern to the welfare of teachers in the country.

Issues such as salary increment, the GES promotion Examination, supply of teaching and learning materials among others were raised on the table.

Addressing the media, the Regional Chairman of CCT for the Bono, Bono East and Ahafo Regions, William Owusu Akyeaw, noted that the four to seven percent increment in the base salary of teachers in the country is not fair considering the current unpleasant economic conditions in the country.

As a result, the Coalition is demanding a ten percent increment of the base salary for all teachers in the country

He also called on government to fulfill its promise to supply laptops to teachers. The group further called for the timely release of subvention to the management of Senior High Schools, placing teachers at the right scale after promotions, and the restoration of responsibility allowances at all levels.