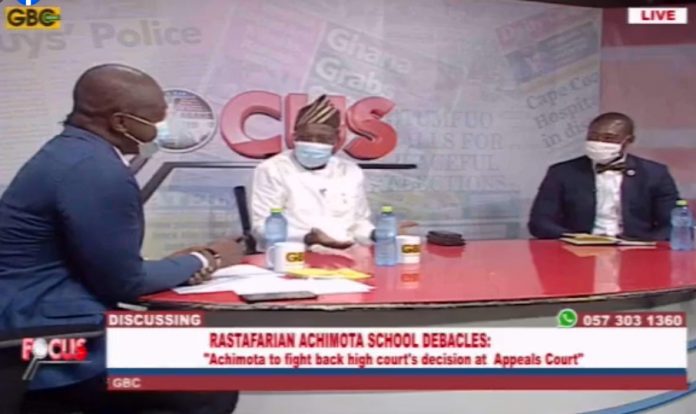 An Educationist, Kofi Asare, is of the firm belief that the Court Order compelling Achimota School to admit the two Rastafarian students will not in any way have adverse influence on the character formation of other students.

President of the National Association of Graduate Teachers, NAGRAT Angel Carbonu, is on record to have stated that with the verdict on the Achimota-Rastafarian saga by the Human Rights Court teachers will have no business moulding the character of students.

However, speaking on GBC’s Current Affairs Programme, “FOCUS”, Mr. Asare who is Executive Director of the Africa Education Watch described the assertion by Mr. Carbonu as lacking substance. He said the admission of Rastafarian students into reputable second cycle institutions is nothing new and nothing untoward has been recorded.

According to him, the conduct and academic performance of the two students in question from their previous schools are sufficient grounds to address all fears.

MP for Bawku Central and Member of the Education Committee of Parliament, Mahama Ayariga described the ruling as courageous and a victory for democracy. He was also of the view that character formation is not the sole prerogative of teachers but the collective responsibility of society.

Former Deputy Minister of Health, Dr. Bernard Oko-Boye, called for mediation between all parties to safeguard the interest of the two students in question. According to him, wining the case in court does not mean an end to the issue.

President Akufo-Addo swears in ‘Beyond The Return’ steering committee

Transport fares up by 13%; takes effect from Saturday