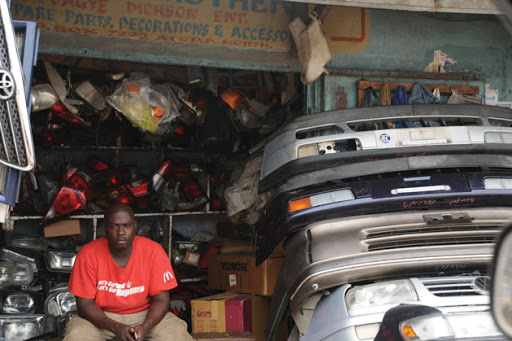 Moves by Spare parts dealers at Abossey Okai to relocate to a new site could be truncated as a new group calling itself Concerned Spare Parts Dealers are against the Association’s decision to have government move them.

Executives of the Association however said a handful of dealers cannot thwart efforts to get a better business location for the dealers.

Abossey Okai spare parts dealers moved to their current location some 40 years ago from Tudu in Accra. Over the years, the business has expanded causing several of the dealers to use the streets, pavements and the shoulders of the road to ply their trade.

The association then had a meeting with the then Kufuor administration for a possible relocation of the dealers. The process did not materialise until now that the current association has taken the matter up with the greater Accra Regional Minister who promised to assist.

Co-chair of the association, Clement Boafo, explained what transpired when the union met with government.

When asked about the new group of dealers who are against their relocation, Mr. Boafo said a handful of people cannot stop an agenda that will benefit a majority group.

He was hopeful that plans will move faster to make their longtime dream come to fruition. The association with support from the police, the greater Accra Regional coordinating council and under the supervision of the military will tomorrow decongest abossey okai and clear its streets of dealers.