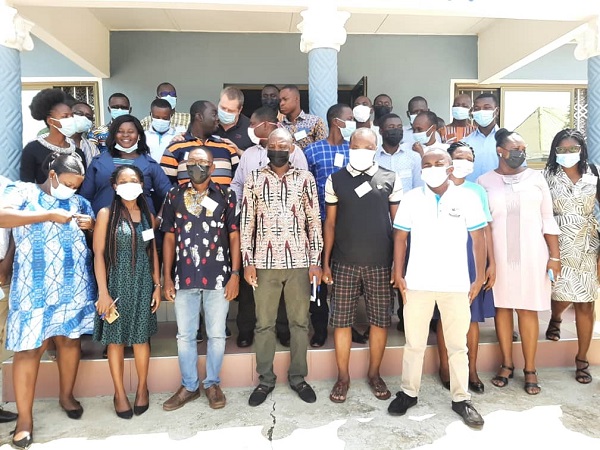 The Executive Director of the Center for Conflict Transformation and Peace Studies at Damongo, in the capital of the Savannah Region, Rev. Dr. Father Clement Aapengnuo, has said Ghana’s educational system is currently going through some challenges, because successive governments have forced policies and reforms onto the educational system, without recourse to technocrats.

“What is sad about it is that it is not an NDC-NPP thing, when we changed from the Secondary and Six form systems to the JHS system, what made us change it”

Rev. Father Dr. Clement Aapengnuo, made the point in an interview with GBC NEWS on the side-lines of the Annual Katholischer Akademischer Auslander-Dienst, KAAD, Association of Scholars of West Africa, KASWA, conference at Navrongo, capital of the Kassena-Nankana Municipal of the Upper East region.

He expressed worry over the inadequacy of textbooks at some basic schools across the country, calling on the authorities to address the situation n earnest.

“We don’t even have adequate textbooks in our schools,’’ he stated.

Rev. Dr. Aapengnuo called for a critical look at the Free SHS program, to clean it off all negativity. He had some concerns also about the School Feeding Program, “Why should caterers in the program transport Gari from Accra to a place like Damongo, knowing very well that Damongo is a Gari producing area?’’

The three-day conference is on the theme: “Building a healthy and peaceful society amidst a pandemic”.

The Association of Scholars of West Africa, KASWA, Conference is for postgraduate students and scientists from developing countries in Africa, Asia, Latin America, the Near and Middle East, as well as South-Eastern Europe under the German Catholic Church.