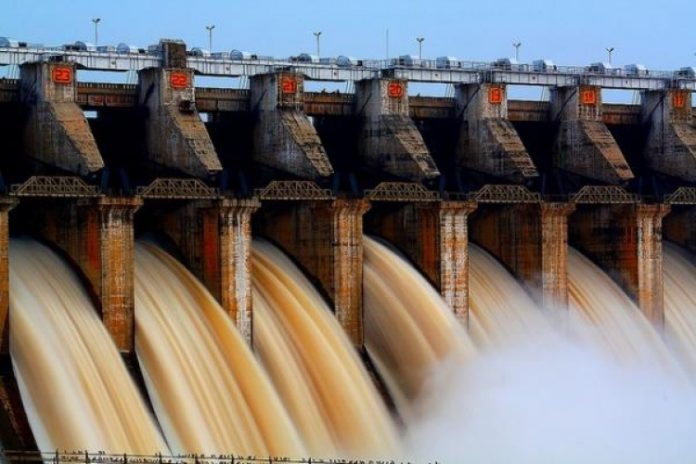 Residents of Nawuni in the Kumbungu District of the Northern Region have started evacuating from the community in anticipation of the Bagre dam spillage. Authorities in Burkina Faso have served notice that they may start spilling the dam from August 27, 2021.

Nawuni is one of the communities along the White Volta in the Northern Region which is often flooded during the perennial spillage.

A visit to the community revealed that, even before the spillage of the dam, portions of the community are already covered with water following heavy rains upstream, compelling residents to start packing.

The floods are also likely to negatively affect socio-economic activities in the Tamale Metropolis. Already, the Ghana Water Company had served notice that it might shut down its machines at the intake point at Nawuni.

According to Murtala Issah, NADMO has been in the community and the awareness level on the spillage is very high. Quite a number of people have packed out in anticipation of the flooding.

However, the majority of the residents are still in the communities.

Regarding how the residents are reacting to the situation, there are reports that some of them have gone to their farms to harvest their corn even though it is not yet dry. This is to make sure that they do not go hungry when the flood surges.

Economically, it is believed that some farms are likely to suffer consequences, those who planted soya, groundnuts and maize.

Besides, Ghana Water has given notice that it would shut down its plant for the period, and this it is believed would affect supplies. Already, information available indicates that some communities are already cut off as a result of rains.

NADMO is however said to have deployed personnel as counter measures are in place. The National Disaster Management Organisation (NADMO) says it has dispatched its Operation Thunderbolt 2021 team to areas in the northern part of the country to take care of the spillage of the Bagre and Kompienga dams in Burkina Faso.

Operation Thunderbolt 2021 declared, where speed boat and other rescue measures are in place until the water recedes.

In a related development, Samuel Ayammah reports from the Upper East Region, that Bawku District, around the White Volta, is often the most affected spot, during spillage of the dams.

He said the people have been asked to stay away from the banks of the river. NADMO is also on the ground assisting the people.

“In fact the Director-General of NAMDMO, George Ayisi is expected on the grounds from Accra to assess the situation,’’ he explained.