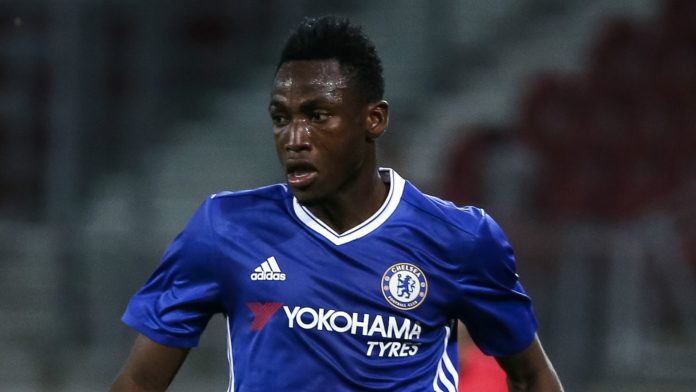 Ghana defender Baba Rahman has not been included in Chelsea’s squad for their UEFA Super Cup final clash against Villarreal.

Rahman despite being impressive in pre-season has been dropped by manager Thomas Tuchel.

A decision which could mean one thing – the Black Stars left-back is on his way out of the European champions.

The 27-year-old has shone in most of the pre-season friendlies he has featured in and was expected to make the squad for the Belfast trip.

But instead, Tuchel selected full-backs Ben Chilwell and Marcos Alonso over the former Asante Kotoko defender.

The Champions League holders flew out to Belfast on Tuesday, with Rahman not part of the 24-man group.

Rahman was signed by Chelsea in 2015 and even though he made 13 league starts in his first season, he’s failed to progress in East London, spending most of his time out on loan in Germany, Spain, France and recently Greece.

There has been talks of a potential permanent move away from Stanford Bridge this summer as there is a feeling that this will be in the best interest of both parties with the player having failed to establish himself in the first team.

What we know so far

Olympiakos are working to sign the left-back initially on loan covering all his £50,000 a week wages and with an option to sign when his contract comes to an end next summer.

PAOK, the club with him he spent last season is also interested though they are asking Chelsea to lower the loan fee and the player to reduce his wages before a deal can be reached.

Augsburg, the club Rahman joined Chelsea from in 2015 is also looking to resign the left-back on loan- a move that will reunite Rahman with German coach Markus Weinzierl.

Italian side Torino are also interested in the left-back though they are refusing to add the option of a permanent transfer when the loan ends.