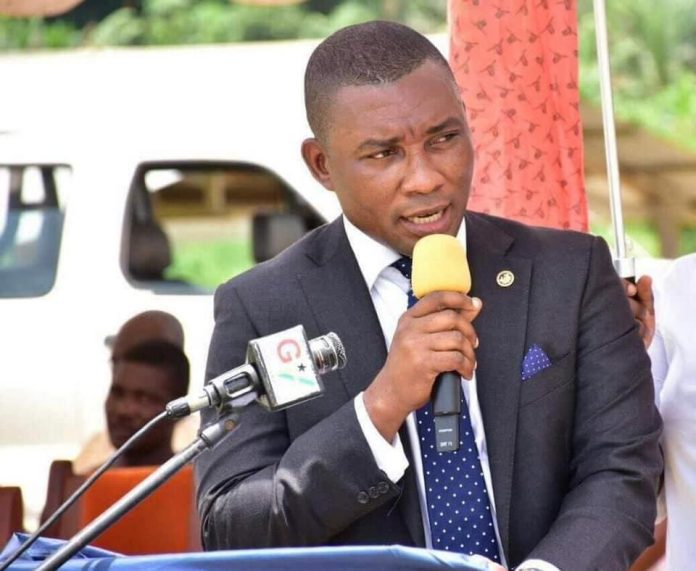 He gave assurance however that mining firms that strictly adhere to the rules will be protected to reap the full benefits of their investments.

Mr. Mireku Duker made this known during an interaction with staff and management of the Ghana Bauxite Company at Awaso in the Bibiani-Anhwiaso-Bekwai Municipality of the Western North region.

The engagement between the Minister and the staff and management of the Ghana Bauxite Company follows recent reports of agitations and tension within the company over the withdrawal of one of the company’s key investors.

The Deputy Minister and his entourage including officials of the Mineral Commission and Western North Minister, RichardJoojo Obeng paid a courtesy call on the President of the National House of Chiefs and the Paramount Chief of Sefwi Anhwiaso, Ogheahoho Yaw Gyebi.

The entourage who were on the fact-finding mission told the traditional council, that their mission is to unravel the full state of Ghana Bauxite company and how the issues crippling it can be resolved. Chief Ogheahoho Yaw Gyebi commended government for their quick response to the plight of the workers.

He, however, urged government to implement a strategy adopted through mineral levy in reconstructing and development of Tarkwa township roads to that of Sefwi Bibiani-Anhwiaso-Bekwai town roads.

The Western North Regional Minister, Richard Obeng said that government is concerned with recent development between the workers and the Chinese Investors and is focused on resolving the issues to ensure smooth operations.

The Deputy Minister for Lands and Natural Resources, George Mireku Duker assure the workers that government will not make any move that will deprive them of their livelihoods.

According to him, government’s ultimate aim is to protect the livelihoods of Staff to ensure the sustainability of the company and strategically position it as nation’s foremost bauxite firm.

He said government is bent on finding ways through legislation to ensure not exporting more than 70 percent of minerals produce, that may able to refund not less than 30 percent of what the country produce to add value to the mining industry.