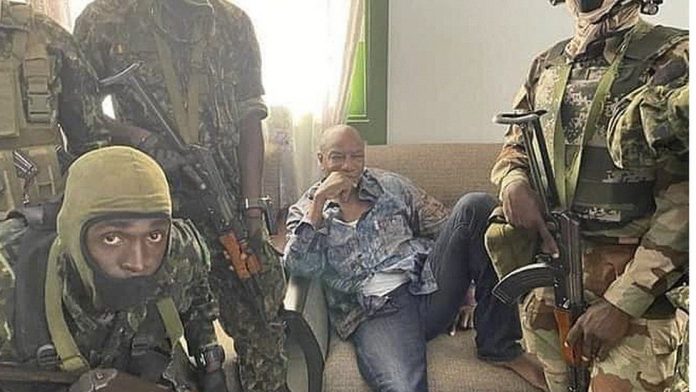 The leader of the coup which ousted Guinea’s President Alpha Condé has said a new “union” government would be formed in weeks.

Col Mamady Doumbouya told ministers who served in Mr Condé’s government that there would be no witch-hunt against former officials.

President Condé remains in detention, but his fate is unclear.

The UN, African Union, and regional body Ecowas have condemned the coup and called for a return to civilian rule.

“I strongly condemn any takeover of the government by force of the gun and call for the immediate release of President Alpha Condé,” UN Secretary-General António Guterres tweeted.

Col Doumbouya, who heads the army’s special forces unit, did not say on Monday when the new government would be in place.

He told former ministers that they could not leave the country and had to hand over their official vehicles to the military.

After the meeting Col Doumbouya drove around the capital Conakry, which has been tense since Sunday when heavy gunfire was exchanged near the presidential building for several hours.

The BBC’s reporter in the city says crowds chanted the military leader’s name.

It captures the feeling of many who are relieved that President Condé has been deposed, he said.