Holystic Nutrition and Food For All Africa support vulnerable in Obuasi

An Obuasi-based Non-Governmental Organisation Holystic Nutrition has partnered with Food For All Africa (FFAA) to supply 500 boxes of food items to the aged, vulnerable, and malnourished in the Obuasi.

All 30 communities in the Obuasi East and the Obuasi Municipality benefited from the donations from the two organisations.

Briefing the media at the sidelines of programme, Founder and Executive Director of Food For All Africa, a non-profit organisation specialized in fighting hunger and food waste, Chef Elijah Amoo Addo said the gesture forms part of the organisation’s 100 million meals distribution programme which aims to provide food aid for disadvantaged communities in 30 countries including Ghana.

He said since May 2021, the Dubai Government together with the Food Banking Regional Network in Dubai, UAE, and Mohammed bin Rashid Al Maktoum Global Initiatives (MBRGI), has been supporting Food For All Africa to provide over 2 million meals translating into 30,000 food boxes to vulnerable communities in Ghana especially those hit with the COVID-19 pandemic.

He said aside from Obuasi, FFAA has donated over 22,000 boxes of food items to 8 regions in the country and is in the process of covering the other regions. 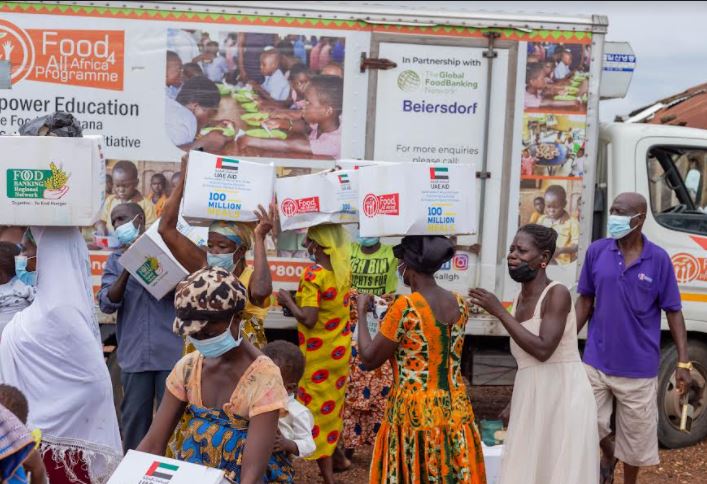 On the rationale behind the project, Chef Amoo Addo who was a recipient of the Queen’s Young Leaders Award by Her Majesty Queen Elizabeth II at Buckingham Palace for his contribution towards the reforming of Ghana’s food distribution system said the program is part of efforts to support families during the COVID-19 period.

Again, he said one of the objectives of the program is to push the prospect of Food Banking to communities and provide the opportunity to solidify their efforts in working with community NGOs to build data of vulnerable people across the country and strengthen support systems.

The Executive Director of Holystic Nutrition Organisation, David Ameyaw praised Food For All Africa for partnering with them to support the vulnerable in communities in Obuasi.

The gesture, he said, will go a long way to improve the livelihoods of the beneficiaries. 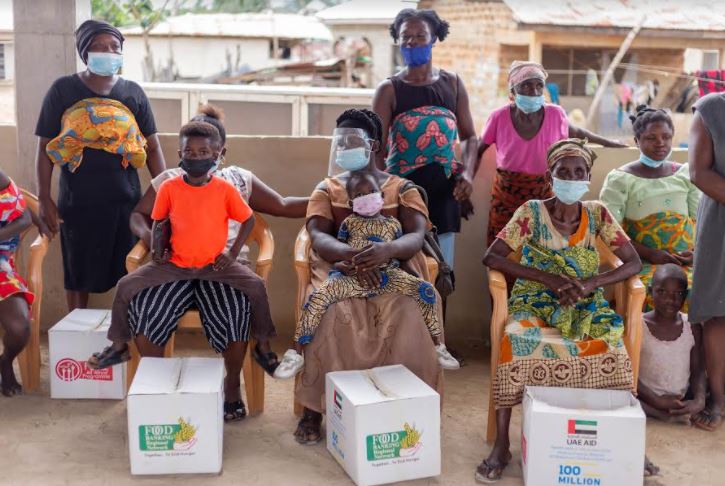 He said since 2017, Holystic Nutrition has rehabilitated 300 acutely malnourished children and has supported the nutrition of over 3000 other children; present in Obuasi as the only facility which provides treatment and rehabilitation of malnourished.

Again, he said, efforts to prevent malnutrition have led them to provide food relief to over 2000 people since the outbreak of COVID-19.

On the criteria for selection of beneficiaries of the 100 million meals distribution programme, Mr. Ameyaw said they worked closely with the Social Welfare office as well as Assembly members. 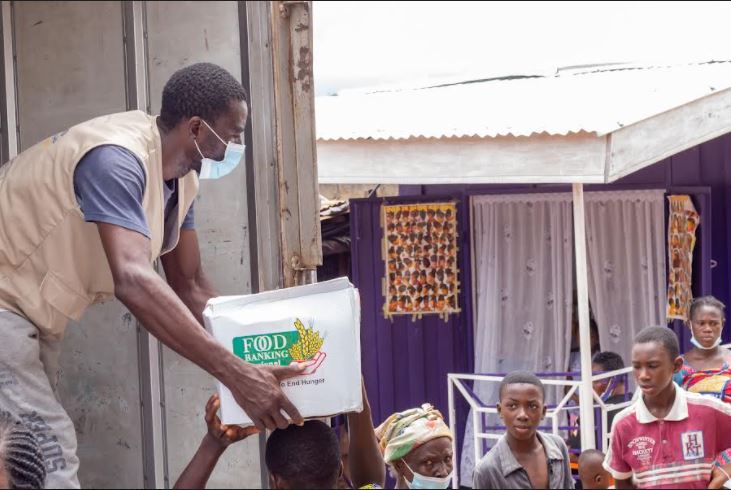 Those who were found befitting after screening were added to a cohort of vulnerable and malnourished children, and severely food insecure households identified through Holystic Nutrtion’s SMALCHILD Project.

The beneficiaries who spoke with SMS Media could not hide their joy. They praised the two NGOs for their benevolence.

Source:
Holystic Nutrition and Food For All Africa

Afghan Refugees may rather create more problems for SA