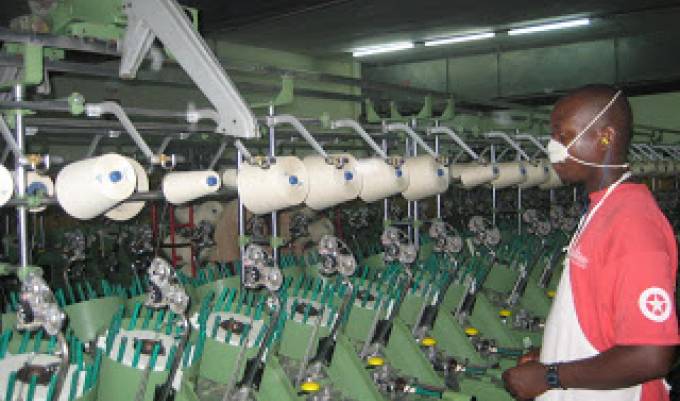 The Industrial and Commercial Workers Union, ICU, has reiterated its call on government to adequately retool and recapitalize the Volta Star Textile Limited at Juapong in the North Tongu District of the Volta Region to scale up production.

Lack of modern machinery and adequate funding have hampered the once vibrant yarn and greybaft manufacturing industry to produce to its maximum capacity.

Deputy Secretary of ICU in charge of Operations, Morgan Ayawine at the inauguration of newly elected executives of the local workers union, expressed the hope that the Company will create a lot of job avenues for people in the area, when revamped.

The Volta Star Textile Limited at Juapong in the North Tongu District of the Volta Region was established in 1967 as a manufacturing firm for processing cotton into yarn and grey baft to feed local and foreign fabric manufacturing companies.

The company has within the past two decades however suffered dire challenges which have negatively affected its operations. Attempts by government through the Ministry of Trade and Industry to woo strategic investors to inject capital into the company’s business have not yielded results due to huge sums of resources required to revamp the factory.

The Industrial and Commercial Workers Union however believes that the Company is economically viable and will generate enough revenue if government invest adequate resources for its operations. The Deputy Secretary of ICU in charge of Operations, Morgan Ayawine speaking at the inauguration of newly elected executives of the local workers’ union urged government to financially assist the Company as well as provide better welfare systems for its workers.

The acting Managing Director of Volta Star Textile Limited, Jerome Dunyo said though there is a huge demand for their products locally and internationally, the factory is unable to satisfy those demands due to its out-moded machines. He disclosed that management is soliciting for loans from the Exim Bank to revamp the factory.

A nine-member executive for the local workers’ union was sworn-in to spearhead the welfare and demands of the workers on the labour front. The Chairman of the Union, Bright Ayertey appealed to his colleague workers to rally behind management to increase productivity.

The Bill of lading and its functions part one [Article]