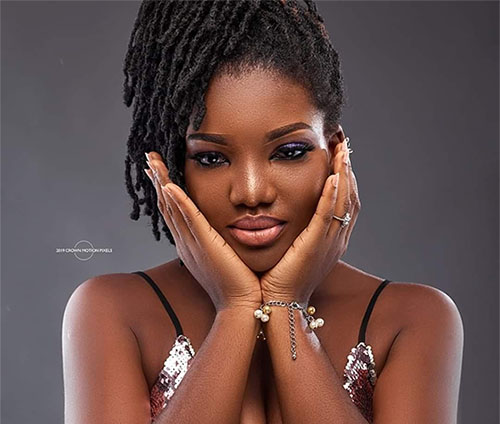 Friday 13th August was explosive at the Cockpit Pub in Accra as the shining star of Ghanaian music, Iona Reine, held fans to what one can only describe as a night to remember. It happened at an EP listening session organized to launch Iona’s new hit song called “Man Down.” featuring King Maaga.

The colourful event was graced with performances from some of Ghana’s best young talents namely Abochi, Jayana, Dead Pepol, Dharmie, and Eva Maria.

ÓK d’poet lighted up the function with an opening poetry performance. The master of ceremony was Comedian Waris. It was all funfair till the end.

The award-winning Iona Reine also treated fans to her songs like Someha, Every Woman Needs a Man, I’m Crazy for your Love, and many more.

The climax of the night was the debut performance of her latest song dubbed MAN DOWN. It was fireworks! “This is just the beginning”, Iona told the fans.

In an interview, the flamboyant Iona told fans that the current crop of Ghanaian musicians are all doing very well. She recounted her happy encounter at an ice-cream joint at the Achimota Mall where the seller who she had never met sang SOMEHA from beginning to end, to her delight. “That really was my happiest moment as it inspired me to know that people truly appreciate my music,” she said.

On the issue of drugs, Iona stated that she is a realist and an open person. “Marijuana does not boost performance, however, I think people are responsible for their actions so taking it should remain purely their private matter.”

Iona Reine explained that her songs are not just for dancing and recreational purposes but are also meant to advise the world.” Man Down” is an advice to men on what women are also capable of doing.

In the song, she cautioned men to be careful about how they handle their women. The song is now available on AUDIOMACK and BOOMPLAY.

Below are photos from the event;