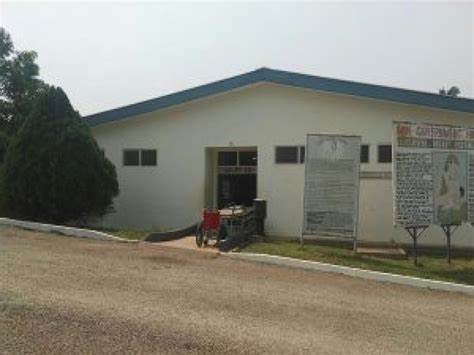 Dr Richard Nii Darko Dodoo, the Medical Superintendent of Kyebi Government Hospital with a team of other medical doctors have commissioned a cold room for the mortuary of the facility for improved detention of bodies.

The opening of the cold room for the mortuary would remove from hospital authorities the burden of always relying on other facilities for body preservations, especially during emergencies.

During the commissioning ceremony, Dr Dodoo expressed excitement about the successful completion of the project which he said had been a priority for management, partly because there was a significant struggle for cold rooms.

He said the hospital had to often compete with nearby ones, with the most recent one opened by Hawa Memorial Hospital.

He said the commissioning of the new project would increase the capacity of the hospital’s mortuary by 100 bodies.

“This will bring dignity to departed souls and the Cold Room system will help preserve the bodies better and protect the health of the staffs who work at the unit,” he said.

He said the project was fully funded from the institution’s internally generated fund.

He urged the staff working at the unit to maintain the cold room to the highest level of neatness to make the place comfortable for their cherished clients.

Dr Dodoo said the room would also alleviate the plight of communities around and enhance service delivery to the public.

BPS blames ECG for electrocution of man at Taifa; says family can sue