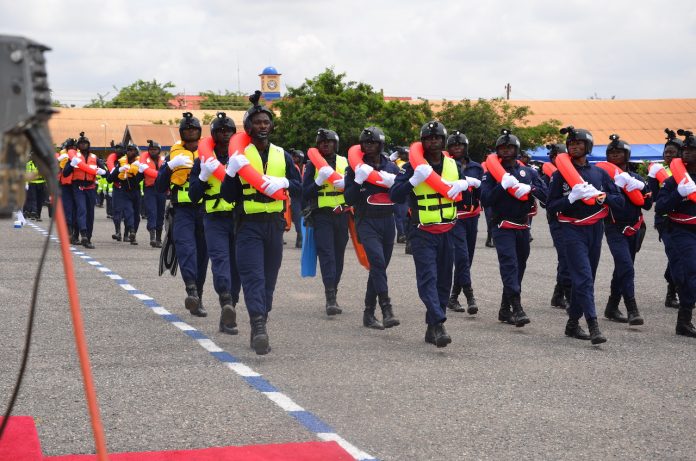 The Marine Police Unit of the Ghana Police Service has arrived in the Upper East Region to assist the National Disaster Management Organization (NADMO) to deal with the effects of flood due to the Bagre and Kompienga Dams spillage. The Public Relations Officer of the Upper East Regional Police Command, ASP David Fianko Okyere who disclosed this to our Regional Correspondent Samuel Ayammah said the Police have adopted measures to help in any disaster situation. He said some roads will be diverted to pave the way for easy vehicular movement during the floods. ASP Fianko said the Marine Police are already positioned at the various flood spots and areas likely to be affected by the spillage.

The Police would primarily support the security aspect of the operations.

ASP Fianko Okyere advised residents along the White Volta not to attempt crossing or going into the flooded areas to salvage their valuables, such as animals and farm produce.