Mass disregard for protocols at Covid-19 Centers, as many queue for J&J vaccines 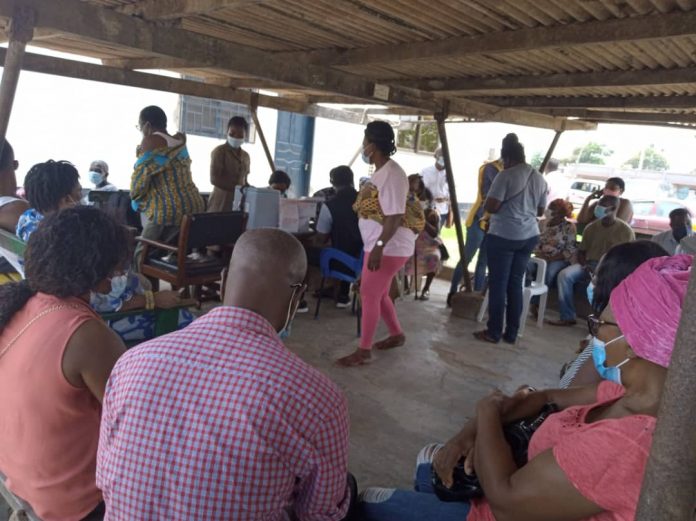 Another team that went to the Mambrobi Hospital, GBC NEWS observed a large number of people both young and old who had queued up to take their jab.

There was no regard for the Covid 19 protocols. At the Centre, most of the people expressed disappointment at the slow pace of the exercise and the disregard for the safety protocols. 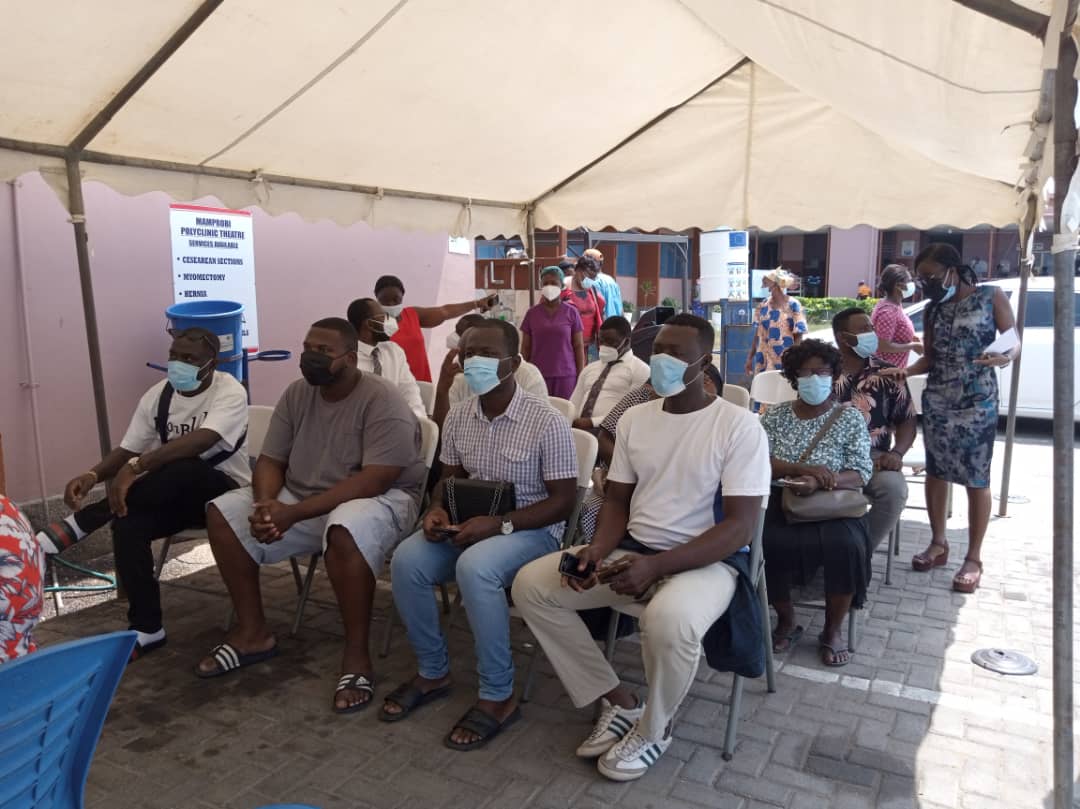 The Deputy Director of Nursing and Midwifery Services, Christiana Odei said the facility has the logistics to vaccinate about 250 people a day.

She added that anyone above 18 years is eligible for the vaccine with the exception of pregnant women. 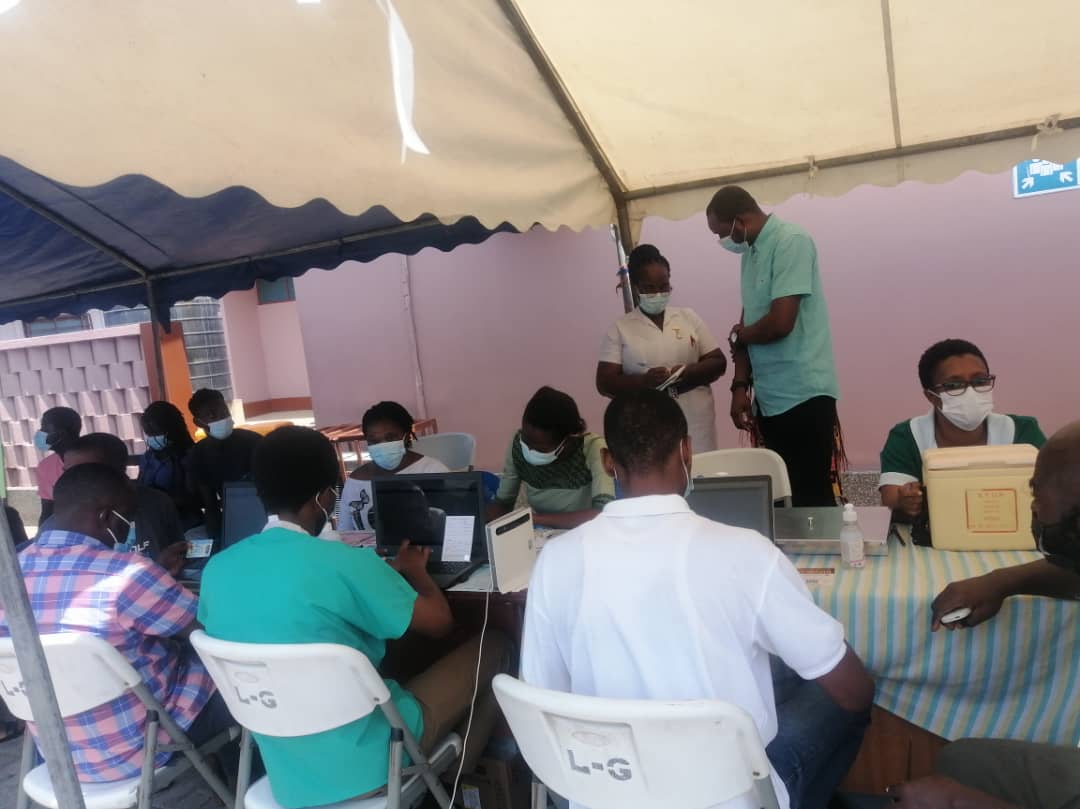 She explained, “slow pace of the exercise is due to fluctuations in the network which affected data entry.’’

When the team arrived at the Martyrs of Uganda Parish at Mambrobi, the exercise was going on smoothly. At this Centre, the Health Officials were however, seen in their nose masks and they observed the social distancing rules.

The Senior Community Nurse for Mambrobi Hospital, Anita Nyalemegbe said 30 people had received the jab, out of the 100 people expected for the day.

She explained, “those who are given the vaccine are put under observation, in case of any reactions, but none has been recorded, so far.’’