Minority MPs stage walk out over approval of 4 deputy ministers 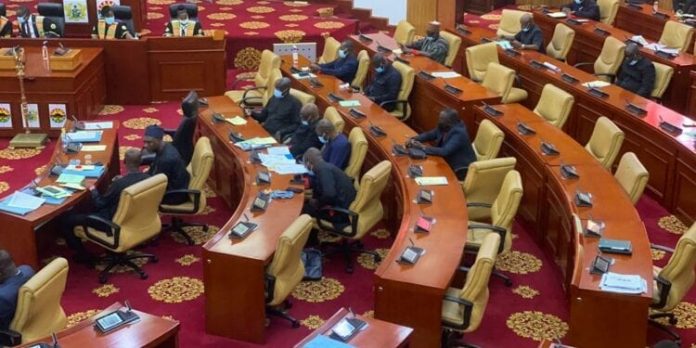 Minority in Parliament yesterday staged a walkout to protest the approval of four deputy ministerial nominees who were vetted on Green Ghana Day.

According to the Deputy Minority Leader, James Avedzi, the Chairman of the Appointments Committee was unfair to the Minority members on the Committee when he went ahead to lead the vetting even when the Speaker had ruled that all activities be suspended for the house to fully participate in the national tree planting.

James Avedzi, who is MP for Ketu North, explained that being in their constituencies for the tree planting, on the instruction of the Speaker of Parliament was a national assignment, hence they did not expect Chairman of the Committee, Joseph Osei Owusu, to go ahead with the vetting.

Offuman chief put before court for building without permit