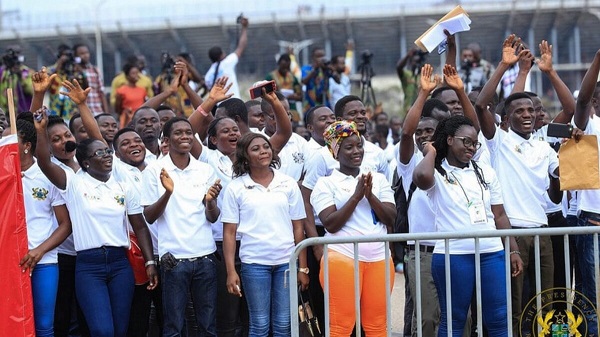 A Labour Expert Ben Arthur has commended the initiative by the government to absorb the more than 70,000 NABCO trainees into the public sector, when their tenure ends in October 2021.

Despite concerns being raised about the feasibility of absorbing the trainees in the public sector, the Labour Expert said, “I don’t think it is anything that is going to be difficult, what I will advise the government to do basically is that, as you absorb them, also make sure that they have the necessary tools and materials to be able to deliver on target of productivity.”

Mr. Arthur believes it can be possible and had some suggestions.

“My little advice for the next batch will be possibly for government to focus on more of entrepreneurial training, that even as we incubate, we will give them more of entrepreneurial training so that they will not also end up being absorbed, just into the public service, but they can also come out and create jobs for themselves and more for others.”

The Labour Expert advised the government to focus on entrepreneurial training in the next NABCO recruitment.

“For my colleagues who will be beneficiaries of this package, my advice is that they should work hard to justify the President’s confidence in them. I have absolute belief that they will be able to deliver,” Mr. Arthur added.

“70,000 is not too much of a figure, especially when the target is to put the NABCO Trainees into productive areas.

Mr. Arthur’s point of view is that their efforts would be beneficial to the overall productivity of the nation.