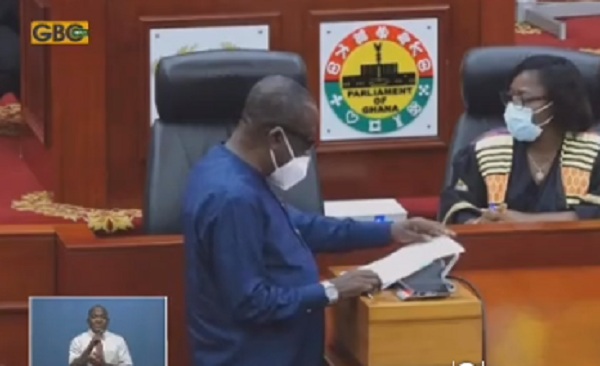 Some national security operatives from Accra last month stormed the office of the Ashanti Regional Security Liaison Officer and forcibly removed him from office and changed the locks to the office.

Responding to an urgent question by MP for South Dayi, Rockson Dafeamekpor, who wanted to find out the circumstances under which DCOP Opare Addo was assaulted in his office in Kumasi, Mr. Kan Dapaah explained that DCOP Opare Addo’s appointment was terminated in February and his entitlements paid to him but he refused to vacate his post.

According to the Minister, all efforts to get him to leave peacefully yielded no results.

It was therefore decided that officers be sent from Accra to engage him but if he still refuses, they should change the locks.

Mr. Dapaah confirmed that the men took away his side arm but denied any assault on him. He said his Ministry will readily investigate the allegation of assault if DCOP Opare Addo makes such a complaint.