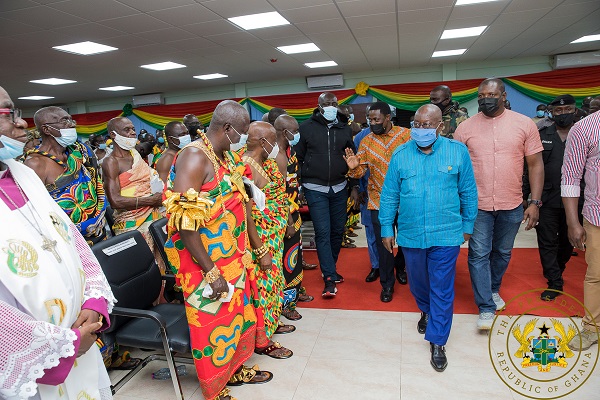 The President of the National House of Chiefs, Ogyeahohoo Yaw Gyebi II, says the fulfilment of President Nana Addo Dankwa Akufo-Addo’s promise of creating new administrative regions and their corresponding Regional Houses of Chiefs have accelerated equitable development for the country.

Ogyeahohoo Yaw Gyebi II, who is also the President of the Western North Regional House of Chiefs, said he has observed, “remarkable improvements in the economy of this area, driven by new infrastructure projects has underscored President Akufo-Addo’s wisdom in the creation of the new regions.” 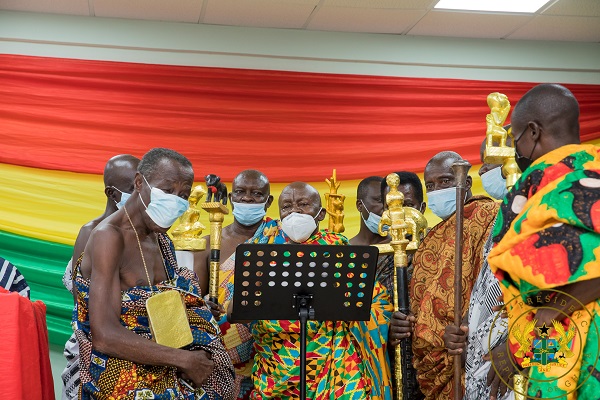 According to him, “we believe that it is for this reason among many good others that the good people of this country have given you the mandate to govern this country for the second term to continue the development program you have outlined for this country.”

In addition to the new Administrative Block for the Regional Coordinating Council at Adiembra-Sefwi Wiawso, he revealed that the Regional Education Directorate at Bibiani and the Regional Health Directorate at Bodi are notable projects that have brought significant development to an area, where people, hitherto, had to travel several hours to several to Sekondi-Takoradi to access the services of these key institutions. 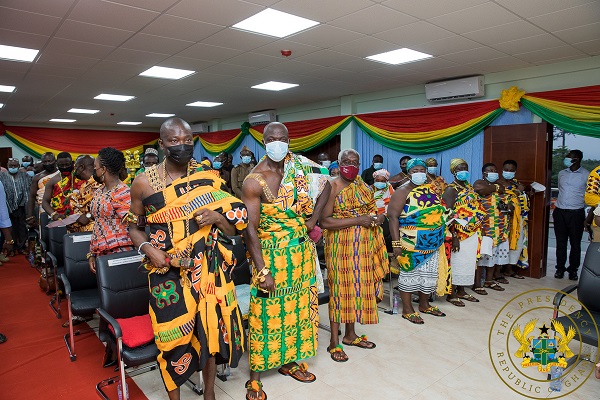 He stressed that the construction of Controller and Accountant General Directorate at Juaboso, Regional Office for Department of Feeder roads at Enchi, the Awaso Senior High School, Construction of Enchi – Elubo road, Wiawso Township roads and its environs, Wiawso – Akontombra road and the Subiri Junction – Chirano – Etwebo Roads have also invigorated the local economy created more jobs for the people. 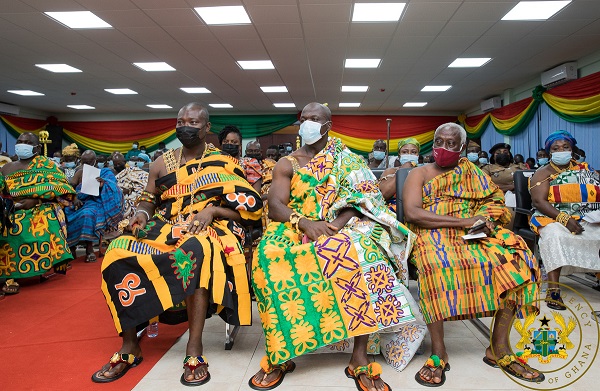 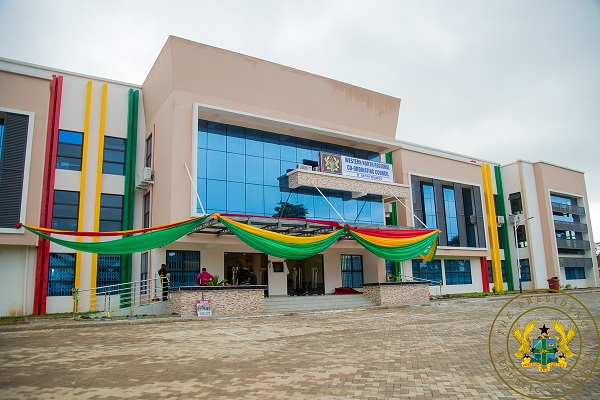 However, “we also request that the construction of most of our feeder roads in the region are funded under the Cocoa Roads Rehabilitation Fund to ease the evacuation of cocoa and motivate the farmers to produce more to enable the country earn more foreign exchange”, he suggested. 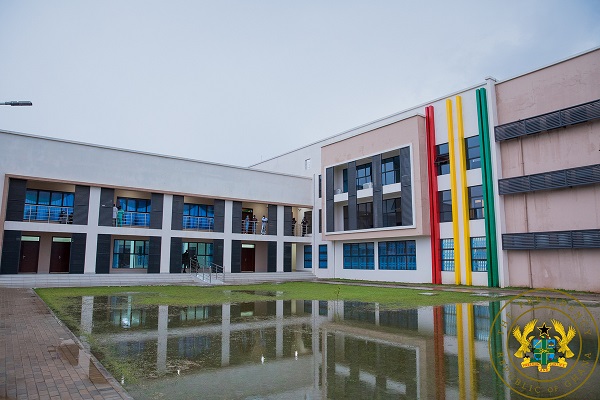 Concluding, Ogyeahohoo Yaw Gyebi II, expressed the profound appreciation of Nananom and the people of Western North for your (President Akufo-Addo’s) “commitment to bringing development to the region and your inclusive approach to dealing with developmental issues.”

TikTok overtakes YouTube for average watch time in US and UK