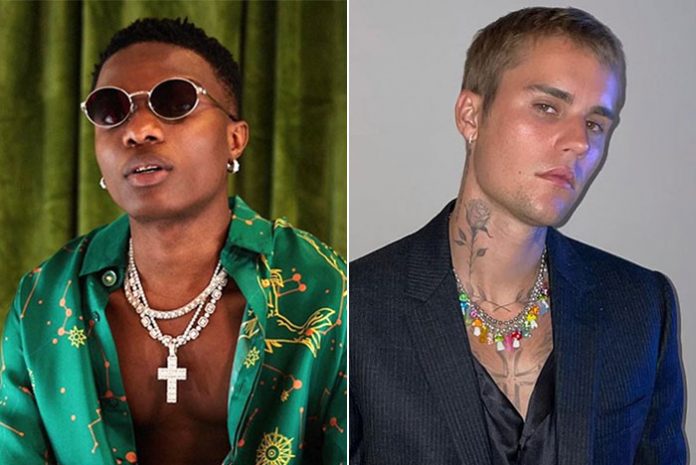 Wizkid, also known as Big Wiz, teased the collaboration on his Insta stories on Thursday where he wrote “Something special tomorrow.”

Later in the day, Wizkid made the announcement of the collaboration via an Instagram post with a poster that read, “Wizkid. Tems. Justin Bieber. Essence”.

In a similar post, Justin Bieber on his page thanked Wizkid for the chance to collaborate with him on the song.

“Thank u for letting me jump on the song of the summer. Essence remix out now,” he wrote in the captions.

The song Essence was released back in October 2020, as the eleventh track on WizKid’s fourth studio album, Made In Lagos.

Originally featuring upcoming artiste Tems, the song broke through the Nigerian airwaves into the international audience early this year.

American pop influencers such as Hip hop legend Snoop Dogg, rapper, Saweetie, and reality TV star, Kyle Jenner all had viral videos of themselves vibing to the song.

Essence has since then performed well on streaming sites as well as local and international charts.