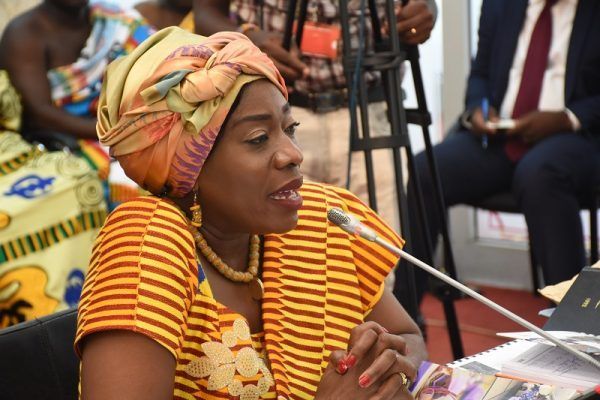 The Nsein Traditional Council in the Nzema East Municipality has denied receiving monetary support from the former Tourism Minister, Catherine Afeku for the celebration of the Nsein Kundum festival in 2018.

President of the Council, Awulae Agyevi Kwame told Journalists at Nsein in reaction to a section of the 2018 Auditor General’s Report restated that Mrs. Afeku who is also former MP for Evalue Gwira Ajomoro, could not account for GHS 200 thousand.

The report came with the claim that the said amount was spent on the celebration of the Kundum festival celebrated by three traditional areas, which includes Nsein.

“It is never true, the MP donated sometime to the festival, so did the NDC delegation. It is never true that Madam Catherine Afeku gave any money to me under the sun,’’ he explained.