A High Court judge, Justice Ruby Aryeetey, has described as moot the application filed by the Ghana Police Service seeking to injunct the #FixtTheCountry protest.

Conveners of the protest in May 2021 wrote to notify the police, in tandem with the Public Order Act, of a demonstration they had scheduled for Sunday, 9th May 2021 at the Black Star Square in Accra.

The police, however, obtained an ex parte injunction, immediately followed with the injunction application on the 12th of May 2021, to stop the campaigners from protesting.

The injunction application sought “an order directed at the organisers and conveners of an intended demonstration dubbed #fixthecountry protest march, their associates, agents, assigns and workmen, prohibiting the conduct of the said demonstration on grounds of public safety, public security, and public health, till the restrictions imposed on large public gatherings are lifted by law or In accordance with the law.”

A lawyer for the conveners, Tata Kosi Foliba, however, argued that the application was moot and in another vain, premature and without merit.

He also contended that there could be no larger political gathering than rallies, which government officials had discounted in earlier communications as a contributory factor to the recent rise in COVID-19 cases.

Another lawyer for the conveners, Francis Ontoyin, also cited the recent funeral of the late Forestry Commission CEO, Sir John, to argue that the right to assembly is so fundamental that E.I. 37 should not be interpreted to deny citizens that right.

Justice Ruby Aryeetey, consequently, ruled that the said application, intended to prohibit, had long elapsed and could therefore not be injuncted.

She, however, also ruled that the conveners of the #FixTheCountry march would have to go through the necessary processes if they intended to organise another demonstration.

Efia Odo, other conveners of the #FixTheCountry movement arrested in court

In a related development, about 15 members of the #TheFixCountry movement who massed up at the entrance of the High Court on Friday, June 25, 2021, before the ruling, were arrested, including actress, Efia Odo.

The reason for the arrest is unknown, except that they were at the High Court to support lawyers of the group. 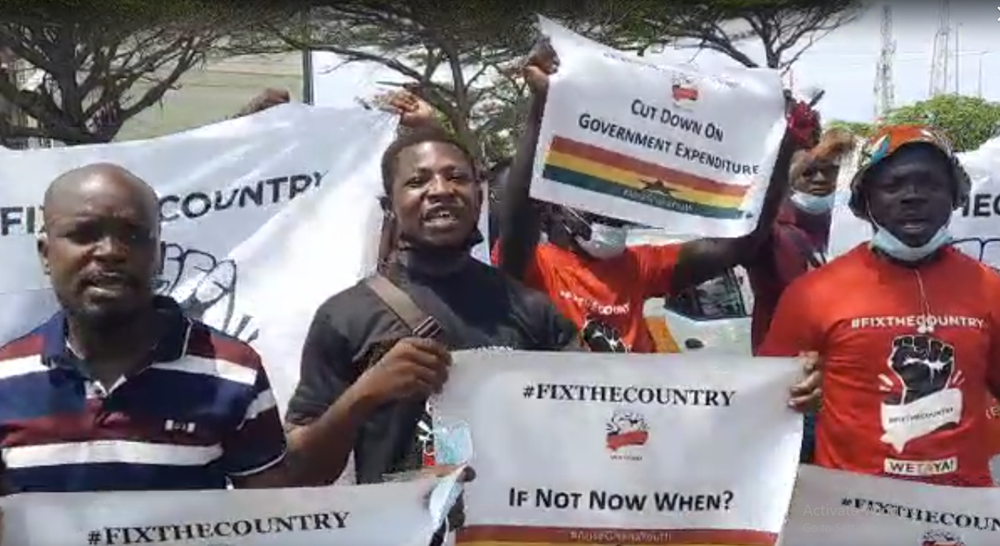 According to some conveners, a police officer on duty at the court instructed them to leave the premises and later called for backup.

The Director of Operations at the Accra Regional Police Command led the team to initiate the arrest.

This arrest was on the back of the High Court’s dismissal of a preliminary objection that sought to prevent the Attorney General from representing the Police Service in the case.

Kpando MP urges youth to avail yourselves for opportunities