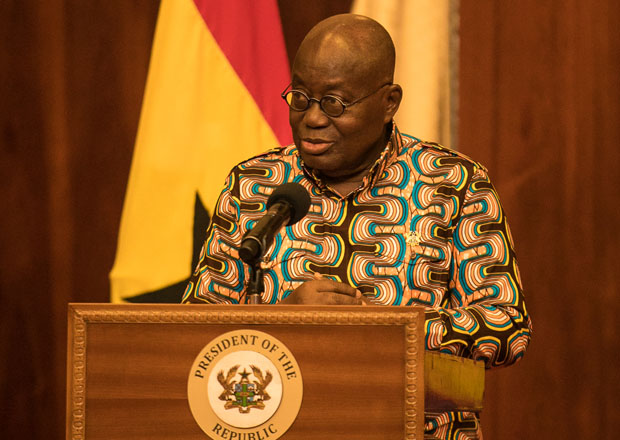 President Akufo-Addo says the government is ready to partner manufacturing companies to expand their production base.

This, he said, will be done for both local and foreign companies without discrimination so that, more job opportunities will be created. The President was speaking at the commissioning of the 3rd Phase and the Sod-cutting for the 4th Phase of the KEDA Ceramics Factory at Shama in the Central Region, under the 1 District, 1 Factory programme. It forms part of activities of the President’s 2-day working tour of the Western Region.

President Akufo-Addo had earlier commissioned the NARUBIZ Rubber Processing Factory at Dompim in the Wassa East District also under the 1 District 1Factory initiative. He said the success of companies under the 1D1F is testament of the government’s industrialization drive. According to the President, companies like KEDA Ceramics, which has invested about $150 million and employs about 5 thousand workers, are working in tandem with the government’s Agenda to industrialize.

”We are witnessing a great successful story of people who took advantage of the 1D1F policy to establish one of the most important manufacturing facilities, not just in Ghana, but today, in the entire West Africa region. We have to applaud the visionary leaders of this company, KEDA and the Chairman, the Managing Director for the enterprise, for their vision and for their handwork. Because all of this has been made possible by hard work. And as part of the 1D1F policy, KEDA Ceramics has been supported to expand their business. The Phase III of the project which started in September 2019 was completed in June 2021 and now we are beginning the sod cutting for Phase IV of the project. Already, this enterprise has generated some 5 thousand jobs in this catchment area and continues to expand its activities. The industrial development of our country can best be served by companies by KEDA Ceramics Ltd. A company that today had invested $150 thousand in all three phases of its development has increased its capacity to 150 thousand square meters of daily production,” according to President Akufo Addo.

The Managing Director of KEDA Ceramics, Lorry Li said the company is committed to the 1D1F and will continue to invest in its expansion agenda which will result in more jobs for the people. He said technology and skills transfer is being pursued vigorously under the company’s localization policy with the view to ensuring that locals assume key roles in the company.

“Your 1D1F policy is a true commitment of your desire to drive the industrialization agenda for the people of Ghana. We are fully committed to this policy. We actually as a matter of fact have established more than 1factory in this district. Your Excellency, we in KEDA pride ourselves as the nation’s premier of ceramic tiles and obviously one of the best in Africa. This reason was the promise we made to you and the good people of Ghana, during the commissioning of our 1st & 2nd phase in January 2018 and September 2019. Your Excellency, the completion of the fourth phase increased production capacity 20 and 50 thousand square meters per day. This is expected to increase the revenue generation for the government through the payments of value added tax, corporate tax, taxes from raw materials as well as local building and raw materials sourced from local suppliers,” the Managing Director stated.