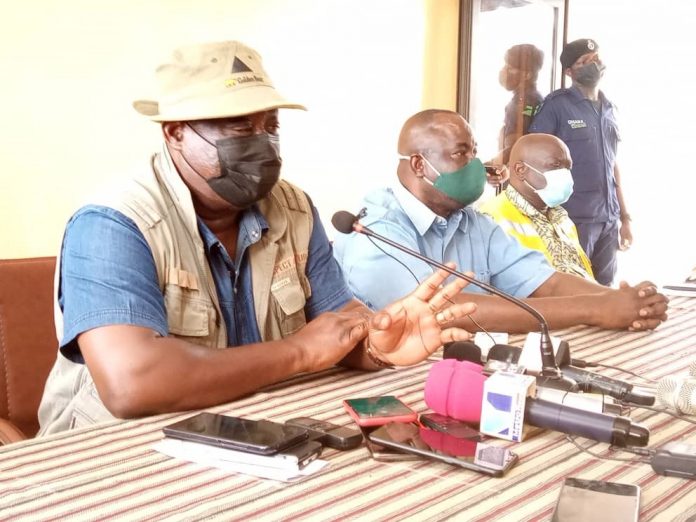 The Minster of Roads and Highways, Kweku Amoako-Atta, has toured the flood ravaged roads at Wa, in the Upper West Region, where he promised to mobilize funds to ensure that the roads are fixed.

He said, ‘’government will mobilize resources to fix the roads, government is capable of fixing what has been lost. Thankfully, so far, no report of loss of lives as a result of the floods.”

He assured the people that the roads would be fixed, and expressed worry at the level of devastation after touring Sissala East, Lawra, and surrounding districts of the Upper West Region.

The situation no doubt has impacted their lives economically.

The floods have affected the maize farms of the people, worsening the already precarious socio-economic situation of the people.

The Minister expressed optimism that the, ‘’fixing of the roads would resume trading between Ghana and the neighboring countries’’.

Currently, the main Highway has been diverted, as a result of the floods, and this has contributed to increased transport fares, and commuters are worried. Meanwhile, the Department of Feeder Roads and Agriculture are yet to access the extent of damage on the roads and the impact of the floods on socio –economic activities.

Mass disregard for protocols at Covid-19 Centers, as many queue for J&J vaccines