Some member Unions of UTAG withdraw from strike 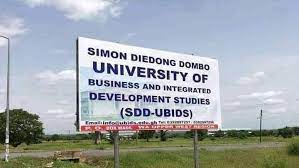 Worker Unions at the SD Dombo University of Business and Integrated Development Studies and the CK Tedem University of Technology and Applied Sciences have called off their strike.

Speaking to GBC News, UTAG President of the SD Dombo University of Business and Integrated Development Studies, Dr Joseph Wulifan explained that the Unions were protesting against their migration onto the Controller and Accountant General Department payroll system.

He said the migration if forcefully implemented will result in the reduction of their salaries and allowances leaving out their counterparts in other universities.

They had argued that the move by the Ghana Tertiary Education Commission, contravenes the Labour Act and could lead to staff attrition. But after a meeting with the Ministry of Education, the Controller and Accountant General and other stakeholders the Unions called their strike.