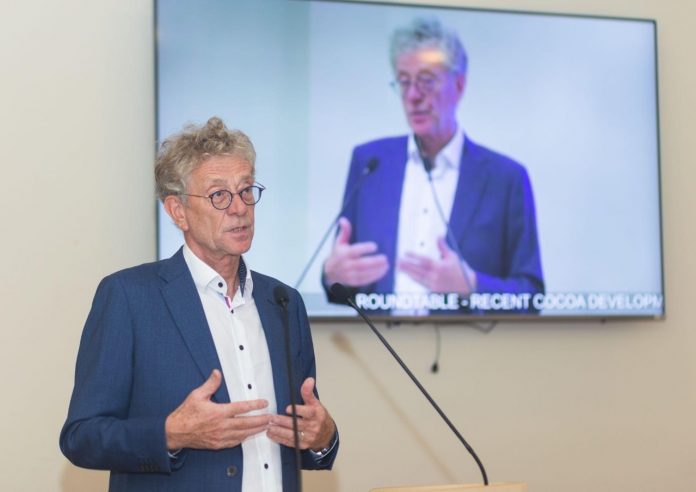 A roundtable on cocoa hosted by Solidaridad West Africa has ended with a call on the governments of Ghana and Cote d’Ivoire to take urgent steps to mend the reputational damage that has arisen from the deliberate anti-slavery marketing approach used by chocolate manufacturers in Europe.

The call was made by Nico Roozen, Honorary President of Solidaridad Network, who led the roundtable on recent cocoa developments in Europe and its implication for sustainable market access in West Africa. The event which took place in Accra, Ghana saw the participation of key leaders and practitioners in the cocoa sector from Côte d’Ivoire, Ghana, Liberia and Sierra Leone.

It was held on the back of concerns of human rights, environmental degradation and governance issues that relate to cocoa production in West Africa, which have prompted the European Commission to be at the forefront of decisive response. These developments are set to have implications for producer countries, especially Cote d’Ivoire and Ghana, leading world producers of the commodity.

At the roundtable, which saw more than 100 participants connecting physically and virtually, Nico Roozen bemoaned the reputational risk that is emanating from the misunderstanding of realities and calculated misinformation for marketing purposes. According to Mr. Roozen, in the perception of many Western consumers, cocoa from West Africa is increasingly linked to child labour and even to what has been labelled slavery, just as palm oil is linked to deforestation.

He cited the slavery framing by Tony’s Chocolonely, a Dutch confectionery company, that deliberately trumpets 100% slave free chocolate on its packaging, featuring a brand logo with the ‘broken chain’ of historic slavery.

Nico Roozen said there is no evidence of slavery in West Africa’s cocoa sector.

“Tony’s Chocolonely’s argumentation on the slavery slants takes undue advantage of some reported incidence of child labour to serve its marketing interest, as this has seen the confectionery maker expand its business all over Europe, North America and even to Japan. Sadly, other brands are following this bad example of stigmatizing cocoa produced in West Africa”, he said.

Mr. Roozen further opined that a data-based consensus is emerging that 97% of occurrences of child labour is linked to children who are delivering services to their parents at a family farm or as tenant farmer and this could better be understood as child work and not child labour.

He argued that the classical definition of child labour, which takes into account a labour condition that destroys the future of the child, is rare in the sub-region, as child work that takes place in family farms does not compromise children’s school-going or affect their health and wellbeing. He said available data suggests that school attendance in cocoa-growing communities has increased, citing Ghana’s implementation of the Free Compulsory Universal Basic Education (FCUBE) as having witnessed approximately 96% coverage.

Mr. Roozen said it is inappropriate to frame farmers who seek to socialize, educate and pass on farming knowledge to their children through training, as slaveholders.

“I clearly remember a farmer telling me, with full pride, that working with his son is a pleasure. ‘It is socialization, education, learning farming and working in succession for generations’. With a smile on his face, he said, ‘of course, I take care of my son and other African parents love their children too’. With the same smile, his son confirmed, ‘My father is not a slaveholder’”.

He shared an anecdote of a seventeen-year-old who took to spraying agrochemicals in his father’s farm.

“The boy said, ‘I can read and understand the instructions on the container label but my father cannot. Besides, I could support the family business with my strength and learn invaluable lessons by working with my father.’

“These perspectives of farmers are not cited as selected stories to prove a thesis but they are coloring data-based findings of child work in family farms,” Roozen added.

Only an economic lens will bring solutions

Making suggestions for dealing with the issue of child work, Roozen asked rhetorically, “who else will do the work children are doing now?” He argued that solving child work is about economics.

“If the farmer could afford hired labour that offers a decent workplace to an adult worker, that would have been his preference. But hired labour is too expensive in many cocoa-growing areas in Ghana, where artisanal mining tends to compete for labour and pays a higher daily return on labour than agriculture. Besides, statutory set minimum wages by national governments are often higher than what the cocoa farmer can afford given the total farmer income,” he said.

Nico Roozen shared that historically, all over the world, the eradication of child labour is linked to a process of modernization of agriculture with a number of key elements in combination: (a) hiring permanent and seasonal workers; (b) mechanization/technology; (c) growth of a service provider businesses (d) Agro-finance tailored to meet the needs of the sector; and (e) addressing scale through appropriation or re-allotment.

Modernization of agriculture in many advanced economies is driven, among others, to a great extent, by cost-effective service provision that offers the latest technology, time-bound high-quality professionals and efficient services in peak times.

“In these economies, child labour laws and regulations were never the real change-makers; neither were traditional NGO interventions that just raised awareness of the issue. Better earning models on the farm and in the supply chain were decisive”, he said. 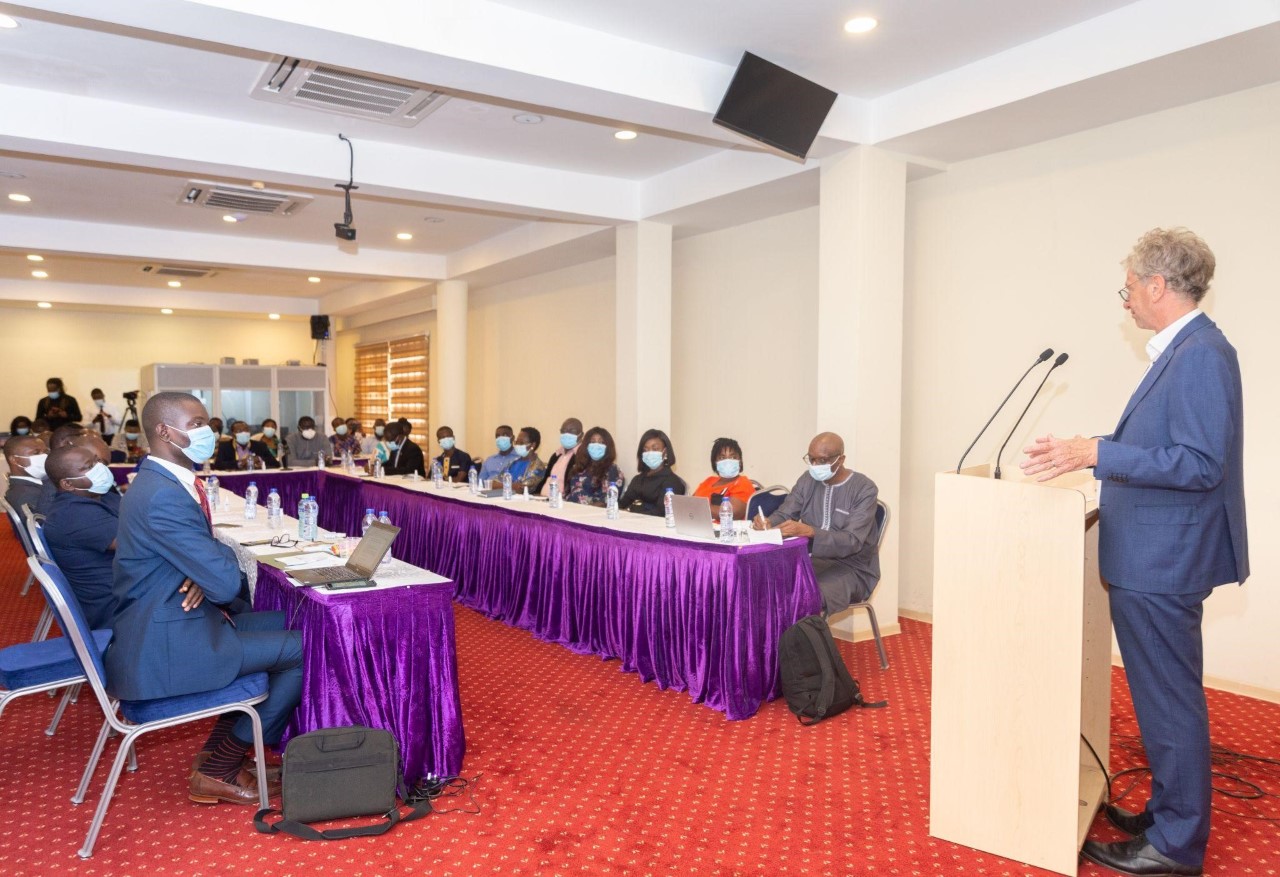 He said even though this was an exciting journey, the scope and impact was limited to voluntary market acceptance.

“Voluntary standards were the second best in times of dominant neoliberal concepts of the withdrawing government leaving social and ecological responsibility to the market, with today’s ecological catastrophe and massive social exclusion, as a consequence,” Roozen opined.

He also made a case for a growing political consensus on the need of framing markets by regulations aiming for better social and ecological outcomes.

“However it is my impression that we have to change our initial position that portrays legislation as the next step in market transformation in a more critical position of warning for unforeseen negative consequences and effects of regulations”, he said. “The quality of regulations matters a lot”.

“Without a real understanding of realities and partnerships with stakeholders in producing countries, legislation could be dead on arrival. It will not solve issues of farmers but rather de-risking them for supply chain players.”

He called out the so-called ‘lazy approach’ of companies shying away from regions with critical issues and vulnerable producers. This, he said, could lead to smallholder exclusion as a potential undesired side effect.

Nico was of the view that a recent EU report on possible future cocoa policies clearly shows these risks as it builds on traditional NGO thinking, and demonstrates a poor understanding of realities and a lack of partner dialogue with stakeholders in producing countries.

Time to give meaning to ILO Convention 182

He made a strong call for Ghana and Cote d’Ivoire, the two major cocoa producer countries to revisit the over one-and-half year-old national Child Labour Hazardous Framework that was developed for cocoa. He said the ILO Convention 182, after defining Child Labour, required governments to give meaning to the convention based on local framework categorization of hazardous work.

“I am of the intuition, based on my conversations, that the two governments need to conduct a multi-stakeholder process to review these documents that tend to be used by researchers in their count and identification of what constitutes worst forms of child labour. A responsibility that must be nationally driven,” he concluded.