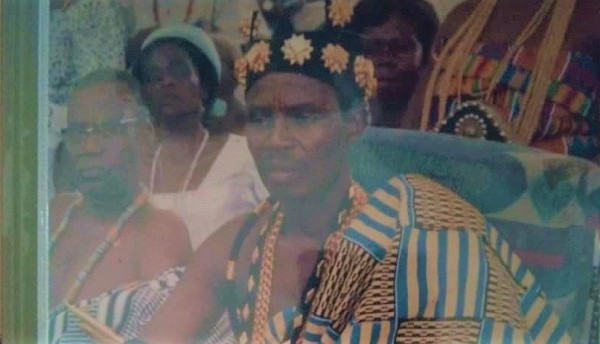 They claim the region does not have the requisite infrastructure on the ground, prior to it being made a region. Though the residents acknowledge development is a gradual process, they said the slow pace of it materializing, leaves much to be desired.

The Oti Region is one of the six regions created in December 2018. The region was carved out of the northern part of the Volta Region and was in fulfilment of a campaign promise made by the New Patriotic Party.

Since the creation of Oti Region officially, early 2019, the expectations of residents have been very high, particularly because of their alleged marginalization over the years. Lack of infrastructure, access roads, potable water, and the lack of decent school facilities continue to hamper development.

“No infrastructure for the staff of the Oti Region, that is the Coordinating Council. The Regional Minister himself was living in Nkwanta, which is about 25 or 30 kilometres away from Damba, and he was moving every day. The entire region lacks potable water. One district has been created, not inaugurated. We don’t have any representation, no District Chief Executive and no Assembly. Assembly Members elected have not been commissioned, so if you look at it for about the past four, we are just hanging like bats, we don’t know whether we belong to Oti or Volta Region.”

Some residents in the proposed Guan District also expressed disappointment about the delay in getting them represented in Parliament and called on the EC and government to address their concerns.

‘’We are asking whether Oti Region is part of Ghana. We are not seeing any developmental works in the region, the region has been created, but has no district and no representation in Parliament,’’ said one resident.

Another resident said, “Our roads are in a deplorable state, also we don’t have water and the lights are switched off frequently.”

Another indigene of Oti expressed concern over the impact of the situation on their businesses.

“We are farmers, but, we don’t have a designated place to sell our produce, money is not easy to come by, so we are calling on government to come to our aid,’’ he stated.