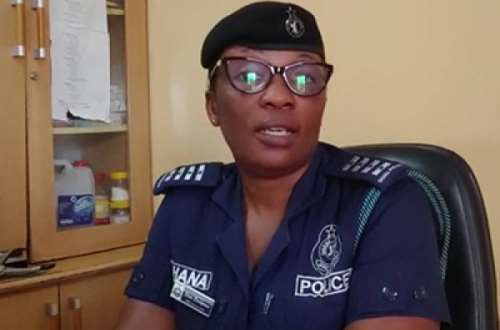 A 21- year-old unemployed, Danielle Nyarko, was on Sunday arrested by the Tema Police for allegedly stabbing to death, her 70- year- old father at Tema Community 2.

The woman supposedly stabbed the father, Alex Nyarko, an amputee, multiple times while he (father) was in bed in the morning.

The corpse has been deposited at the Tema General Hospital for autopsy and preservation while investigation continues.

She said when the police went to the crime scene, they found Alex Nyarko in a pool of blood with multiple wounds on the head and the throat, and also retrieved two kitchen knives.

Chief Insp Dzakpasu said the suspect who lived with the parents and siblings in a single room at BBC Tema Community Two.

She said the family members observed that Daniella started behaving strangely and was taken to a prayer camp at Tema New Town in the Tema Metropolis for healing.

Chief Insp Dzakpasu said the family was advised to take the suspect to a Psychiatric Hospital for treatment rather than a prayer camp.