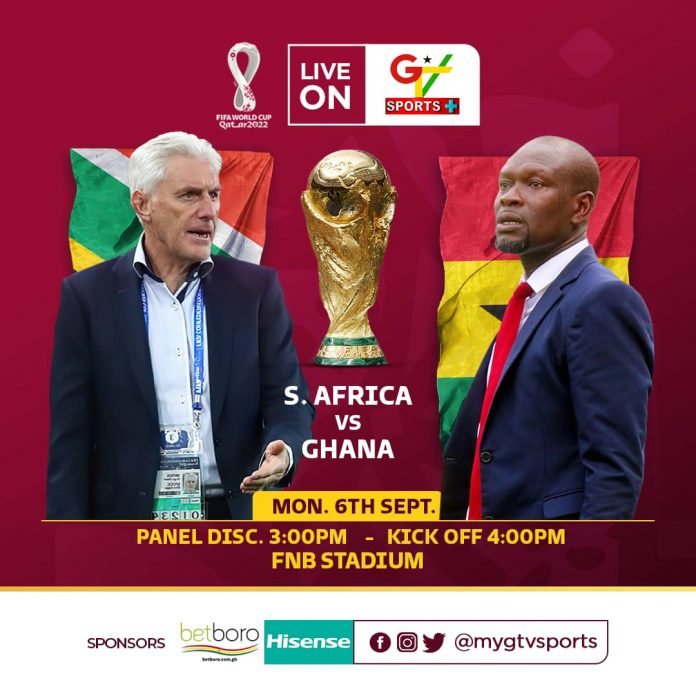 The Head Coach of the Senior National Team, the Black Stars, Charles Kwabena Akonnor, has sent a strong warning to Bafana Bafana head coach, Hugo Broos, ahead of second group encounter at the FNB stadium in South Africa.

He was speaking in a FIFA/CAF pre-match press conference at the media center of the FNB Stadium after the final training session before the game later today.

According to the Ghana master tactician, the team is ready and focused to deliver in today’s game.

“We are committed, focused, we are here and we have seen South Africa against Zimbabwe game and we have a strategy and we believe that it will work. I believe that even if they change their strategy we will find an antidote to it and we move out of this with the maximum three points,” he said.

Ghana occupied top spot of Group G having recorded a slim 1-0 victory over Ethiopia on Friday night in Cape Coast while South Africa shared the spoils in a pulsating 0-0 draw with another Group G opponents Zimbabwe in Harare.

The big game will see a 73rd ranked team on the latest FIFA Coca-Cola ranking for the world and 13th on the Africa south Africa up against a Ghana side ranked 52nd in the world rankings.

The team arrived in South Africa in the late hours of Saturday without 5 UK-based players and two others.

Whereas Kamaldeen Sulemana and Daniel Kofi Kyere have been recalled by their club.

Hence, there will be many changes in the team that played against Ethiopia last Friday.

The Black Stars opened camp in Cape Coast on Tuesday, August 31, 2021, and will play South Africa on Monday, September 6, 2021, at the FNB stadium in Johannesburg after beating Ethiopia 1-0 in cape coast.